PPH Media, publisher of Hungarian magazine GyártásTrend, announced the competition “Factory of the Year” also for the year 2020. Companies with manufacturing facilities seated in Hungary are expected to participate from all industries. Process solutions will continue to be a peer review partner also this year, now for the sixth time. The new competitive period started on 7th September 2020, with applications to be received by 20th November, at the latest. Winners of 2019 round of the competition, which were unusually published online, are also shown below. 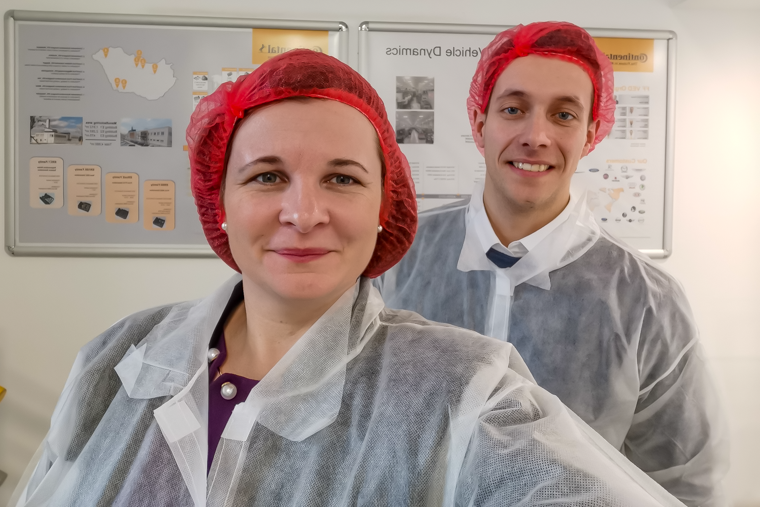 The competition “Factory of the Year” gives domestic industrial companies the opportunity “to be weighed on the scales.” In the contest, they may present and make to be recognized not only their well-functioning manufacturing processes or workers’ and customers’ satisfaction, but also their innovative solutions or energy efficiency improvements. The novelty in the 2020 call for competition is that, from this year on, the small and medium-sized enterprises, the factories and the large companies are assessed separately in each category.

Results of competition “Factory of the year 2019”

The evaluation of the competition has been moved to summer instead of spring, due to the Covid-19 pandemic. In addition, due to the risk of disease, the traditional exclusive prize awarding gala was not held by PPH Media, but was replaced by a virtual, online announcement of the winners of the 5th round on 10th August 2020.

Mr. Zoltán Ember, editor-in-chief of the magazine GyártásTrend said that the aim of the competition was to find the best companies that are shaping the domestic industry and create a corporate culture, as well as new values on the domestic market year after year.

In the result announcement video,  Barbara Horváth, Manager, leader of the Process Solutions evaluation team, talked about the tasks and mission of PS, as a professional partner, and about the fact that the competition has posed a professional and personal challenge to their professionals and that she is personally looking for the next round.

Main items and winners of competition “Factory of the Year 2019”

The competition was open to companies with domestic production facilities, in 9 categories. A total of 57 category applications have been received. The combined prize “Factory of the Year” was able to be won by such a firm that submitted applications in more than one category and won the first prize in one category at least.

Combined winners of the competition “Factory of the Year 2019”

Winner of the special prize of the jury

In the competition, Emika Zrt was also shortlisted.

On the basis of the summary made by evgyara.hu, the objective application data sheets based on figures had to be submitted by the companies by the end of November. Once processed, a short list of the 3 best applications in each category was set up by Process Solutions, the peer review partner of the competition.

It is important to know that the economic crisis triggered by the coronavirus could not have influenced the jury’s aspects, since the deadline for submission of the applications was the end of the last November, so the results relate to the performance of 2019.

Companies on the short list were visited on the spot by PPH Media, Process Solutions, jury members, other peer review partners of the competition, SZTAKI experts, to audit the data submitted and to get personal impression of the operation of the factories. The scores showed a close result in some categories, and in certain cases the experience gained in the course of the factory visit held the balance of power.