This is already the fourth occasion that winners are announced in the competition organised by GyártásTrend Magazin and its publisher PPH Media. Our company, Process Solutions, is proud of supporting, as a technical partner, the successful management of this competition of more and more increasing prestige from the outset. 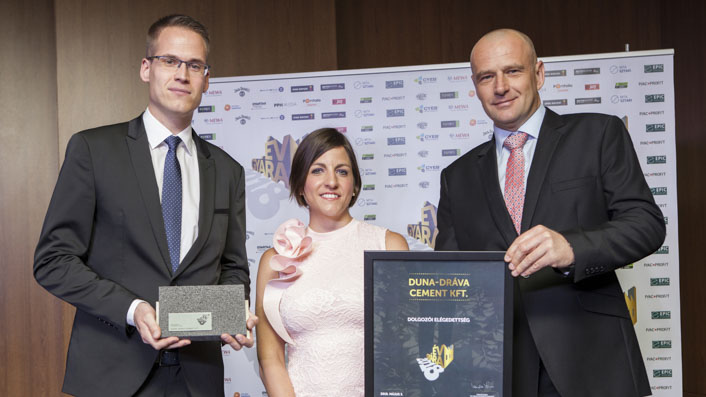 In the following, we introduce the winners of this year, the schedule of the competition, as well as how Process Solutions’ evaluation team supports the work of the Jury.

For the competition “Factory of the Year 2018” sixty-three category-applications were received from various branches of industry. Also this year, the struggle between factories was concluded after the evaluation process with a gala dinner where winners of the particular categories were announced and awarded with all due solemnity and it also came to light who was awarded the “Factory of the Year” prize in the combined category of small, medium-sized, and large companies.

Winners of competition “Factory of the Year 2018”

The Jury awarded a special price to IQ Kecskemét Ipari Kutató Kft. for its activity reshaping the branch of industry.

How does the competition take place?

Competitors have been invited year by year for the “Factory of the Year” competition since 2015. This competition is organised for companies having a production unit in Hungary. PS, as a technical partner, takes part in management of the competition from the outset, also the application forms were produced with our support before the first invitation to compete. This is a good opportunity for our employees to widen their horizon since the yearly factory visits always hold a lot of new knowledge and challenges in store for them.

This year eleven factories were visited. Occasionally, there were among them ones competing in several categories and ones who also participated in the competition in the preceding years since they consider it is important to test themselves year by year.

The on-site audits always play a decisive role in ranking the applications. In general, we meet the managing director, the general manager of the factory, and managers of the particular supporting areas and analyse the application forms and get additional relevant information, as well as impressions that help us compare the factories falling within the same category and create a technically well-founded ranking.
As it was experienced by us, firms made preparations for the audit thoroughly, professionally and hospitably and strove to maximally answer the questions posed, moreover to fully present their operation.

In 2018, a great number of factories considered to be large took part in the event and a close competition developed between them. The winner realised production and supporting processes of excellent quality through which it finally prevailed over the competitors in this category.

This year several factories from the automotive and plastics industries submitted applications to compete, moreover there was also a participant from the food industry that was not typical in the preceding years. All factory units residing in Hungary are encouraged by us to participate in the competition since the prize of such a prestigious competition is of high value and it is also an issue not to leave out of consideration that the factories can position themselves in the market compared to their competitors.

Being worth sharing the more and more increasing experience of our evaluation team was already thought of, too, for instance, we would provide the factories with a detailed feedback in addition to the evaluation made during the competition in relation to what index numbers are worth being developed by them in order to have a better chance of achieving success even in the course of the next competition.

We trust in increasing popularity of the competition, and also in having opportunity during the Factory of the Year 2019 competition to visit the factory units of even more representatives of even more branches of industry.